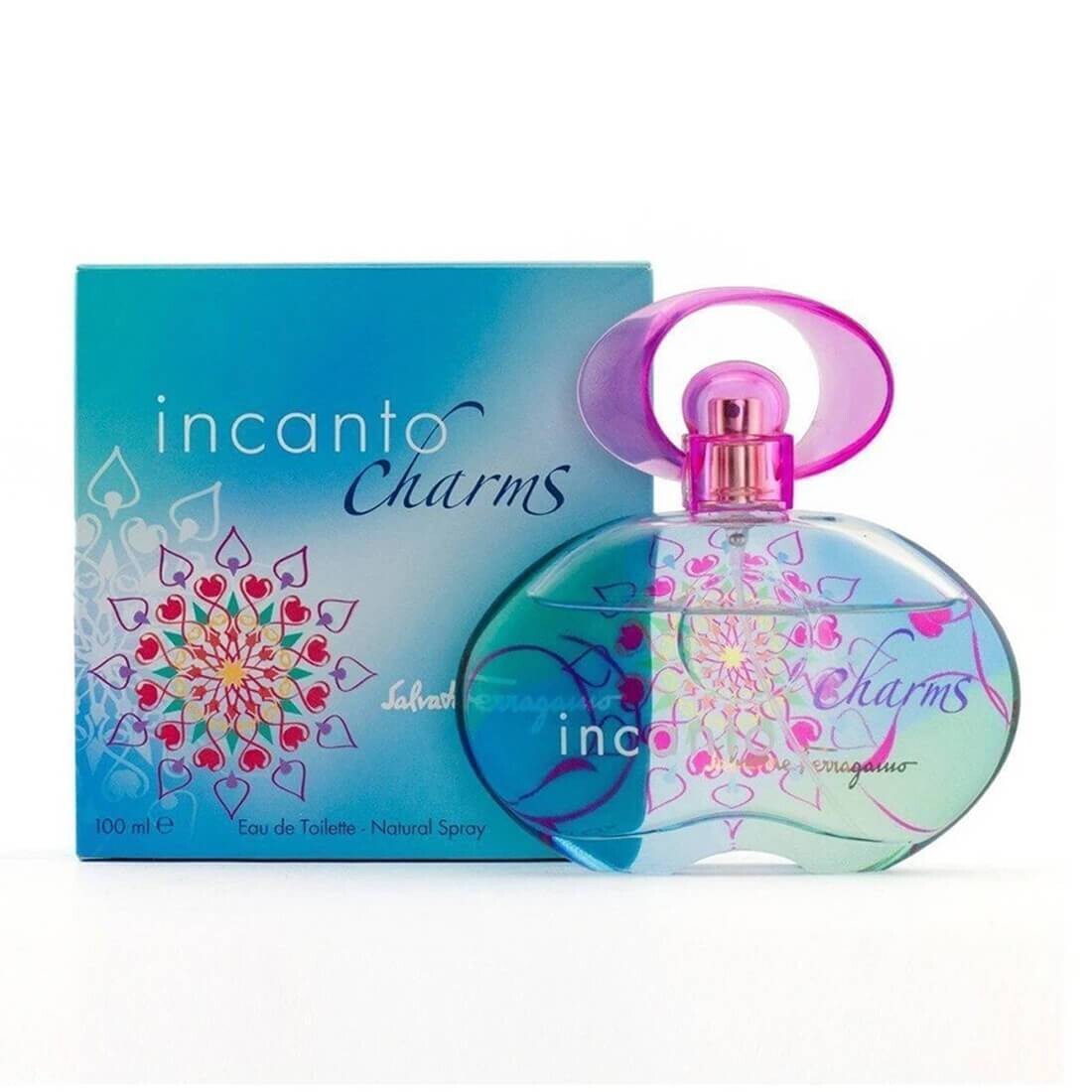 Salvatore Ferragamo Incanto Charms Eau de Toilette is an expression of optimism and a feeling of utter happiness. Wrap yourself in a scent that will put you in a great mood all day long!

Salvatore Ferragamo is one of the most popular fashion and perfume brands today. Named after its founder, after many years it still reflects all the values which made the work of this Italian designer stand out from the very beginning.

Ferragamo started out as a footwear designer. Emigrating to America in his youth, he opened his first shoe shop right in Hollywood. In the 1920s, he gradually gained popularity, with the Salvatore Ferragamo brand soon becoming a global success, with Salvatore Ferragamo perfume following soon after. Ferragamo later moved his studio back to his native Italy, with the Palazzo Spini Feroni in Florence still housing the brand’s headquarters today.

Authenticity, exclusivity, sophisticated style, creativity and innovation in combination with quality and honest craftsmanship are at the forefront for Ferragamo fashion and for every perfume by Salvatore Ferragamo. Let yourself be carried away by the delicate Salvatore Ferragamo fragrance – you won’t regret it.