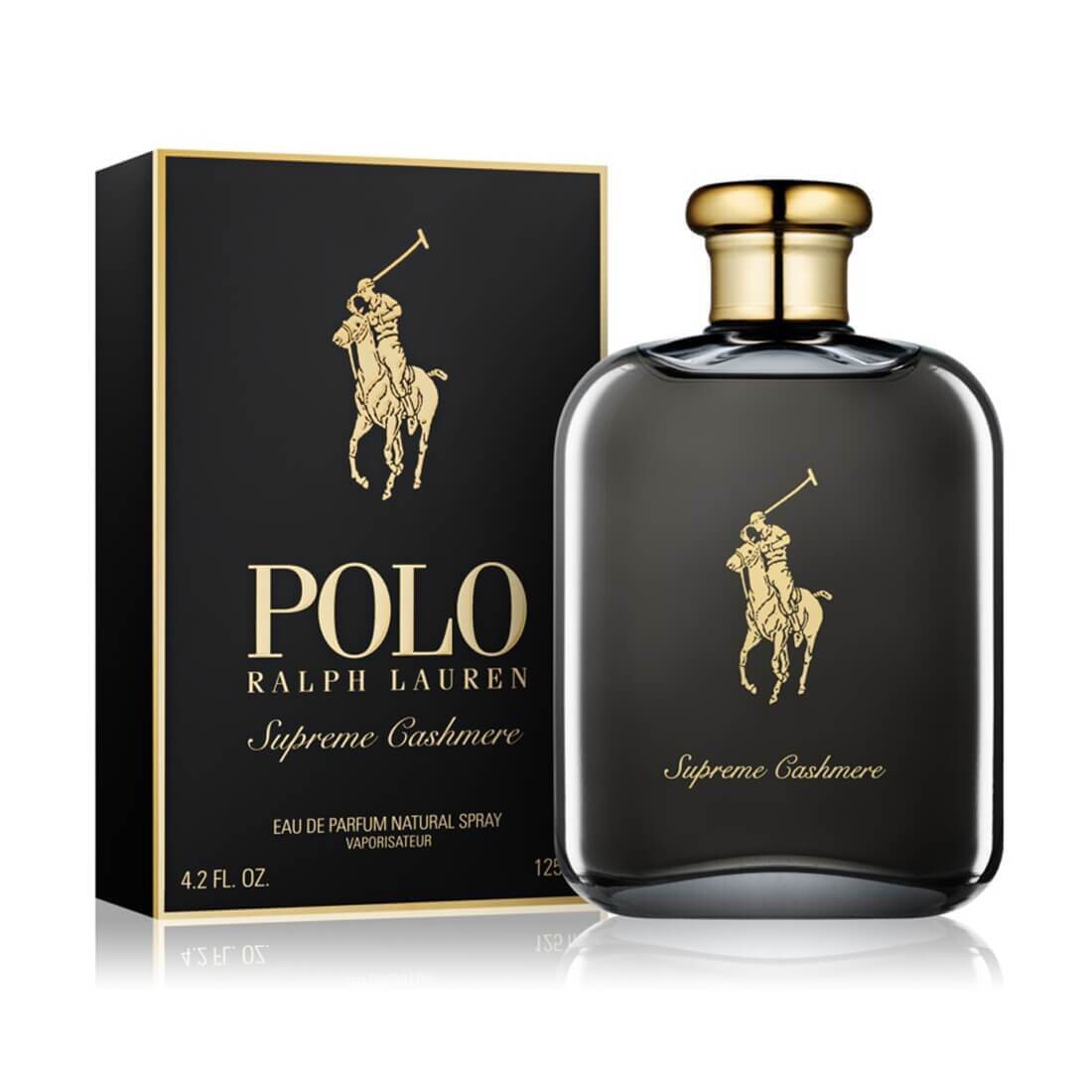 Polo Supreme Cashmere is a masculine fragrance by Ralph Lauren. The scent was launched in 2017 and the fragrance was created by perfumer Carlos Benaim.

American fashion designer Ralph Lauren was born on October 14, 1939 in New York where he grew up in the Bronx. Working in a tie factory inspires him to create his own models. In 1967, he founded his own company.

From the beginning, the Ralph Lauren brand is characterized by a very rich style that recalls the English aristocracy. Her first boutique opened in 1971 in Beverly Hills, it is the first of a list now long, from London to Paris, for example through Shanghai.

Ralph Lauren perfumes made their appearance in the late 70’s to become an important part of the business. We find among others the stubbornness of Lauren and its sense for timelessness.