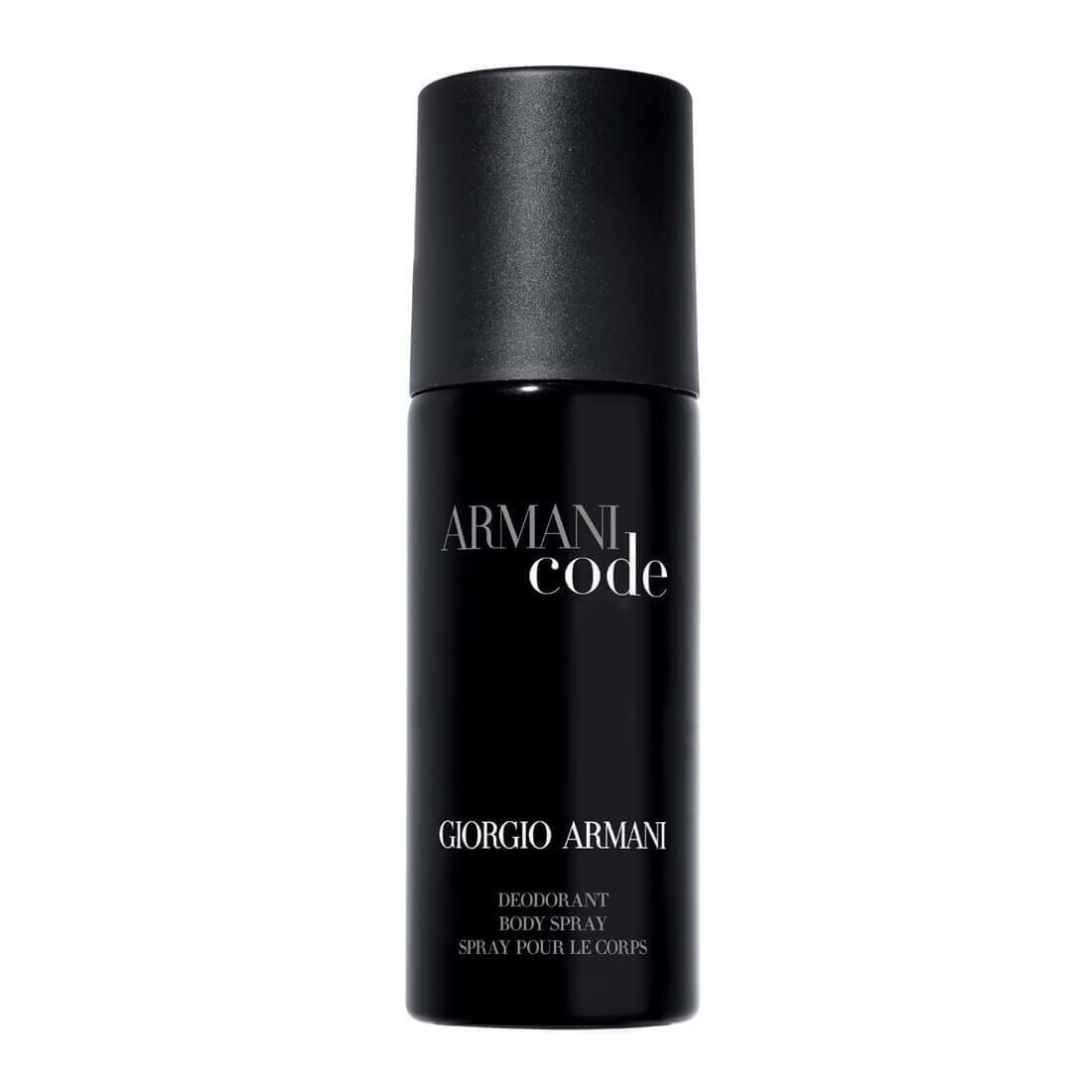 The Giorgio Armani – Armani Code Deodorant Body Spray – Fragrance for Men, opens with Citron Cocktail of Bergamot and Lemon and melts into warmth and intensity of Olive Tree Blossom, Warmed with Guaiac Wood and Tonka Bean.

Armani represents an elegance that combines timelessness with current trends.

Giorgio Armani is considered one of the most successful Italian fashion designers of all time. With his unmistakable style that combines the casual with a drop of eccentricity, he has captured the hearts of millions of women worldwide. Like his models, Armani cosmetics and perfumes are synonymous with quality, timelessness and success.

Before founding his own brand, Armani worked as an independent designer for a range of fashion houses. He put together his first collection in the 1970s and shortly afterwards introduced a range of cosmetics, makeup and perfumes with the Armani name.

Armani Acqua di Gi? aftershave and Armani Si perfume for women are timeless classics which have been indelibly written into history and still feature at the top of the charts because of their popularity.

Whether you opt for a tried and tested classic or a modern interpretation, you can?t go wrong with an Armani fragrance.